“My Quarantine Playmate”Hi, I’m Akira Shauntelle 19years old. Let me describe myself for you to imagine I’m tall ; slim and fit; I have a fair skin and I look so pretty my chicks and lips are red as a rose. I’m half filipina and Half Americab. Want to know a secret ? I’m a sex maniac . I love having sex with the people I desire. One day I went out with my friends at Balibago to party and drink. And ofcourse to find someone to play with on the bed. We went to eat first at Hangawi Restaurant after a moment. I saw a guy that I want to play with tonight. His eyes was bright as the stars. I’m not sure if his Japanese or Korean. I stared at him amd smile at him with a flirt. He came along with his friends. “Hi may we join you guys?” He said. “Yeah sure but you have to seat beside me.” I answered then he sat next to me and his friends sat next to my friends. We are all 8 at the table. We ordered 1bottle of beer for each. We started talking to each other. Next thing I knew he’s half Japanese and half American. He’s so handsome his name is Jake. While smoking and drinking my hands were playing around oh his lap going to his manhood. Teasing him with that playful hand of mine made him move closer to me.We went to TaraNa KTV to sing and drink. We were in one room my friends are singing with his friends while I’m dancing in front of him to seduce him. And I succeed he stood up and started to kiss me. I kissed him back he slowly put his hands on my big breast inside my blouse he played with my nipples and made me more horny. I told my friends that me and Jake will go for awhile and we’ll be back.In his hotel we entered and we couldn’t stop what we felt was so hot and horny. At the elevator to his room we were kissing then inside his room he carries we to his bed. He removes his clothes and I did the samething while dancing seductively. I went on top of him kissing his neck to his nipples down to his manhood. I licked and put his manhood on my mouth playing it inside my mouth his dick was big made me choke. Then one moment I felt a liquid came out of his manhood and I swallowed it. “It’s my turn baby” he kissed me and played with my pussy. Ugh!it felt so good and turned me on then he licked my clit and made me go crazy while he put his finger inside of me. Then I felt that I’ll cum soon so I pushed him and went on top of him. And inserted his manhood on my pussy I pushed and pulled slowly. “Ugh!! Ugh!! Baby you’re so tight” then I moved a bit faster and made him go crazy then we changed position. He put my one leg on his neck and the other on his waist. His banging me fast and hard it felt so good. Best part was he was licking my nipples while fucking me hard that made me cum a lot. We did another sex position which is doggie style and played with my breast. He cummed on my back. Then we rested for awhile. And came back to our friends. We drink more and went home then we exchanged numbers.Since that night I always call him to come to my place to have sex. We used my dildoe and vibrator for more excitement on sex. We have sex for 5 times a day. Until he went away and go back to Japan. Everyday we’re sending messages on facebook. I always send him my sexy photos while I’m in shower and bed. Sometimes during our video call we play with our precious gems on cam together. After 2weeks he went back to Philippines and I picked him up at the airport. While we were inside the car I can’t resist the horniness I was driving and stopped at the parked and kissed him and open his pants and played with his manhood I even went down to licked it. While I’m licking eat his playing with my pussy well it is easy for him to play because I’m only wearing my floral dress that he gave me. I went on top of him and beging to have sex inside the car. Damn! I miss this I miss his manhood. I went faster and faster until we both finished. We fixed ourselves and started to drive going to his hotel and leaved his things in his room we had dinner and had a little drink and went back to the hotel. We showered together while we showered together we are having sex. 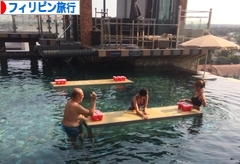